Looking for a good book? Search no further… 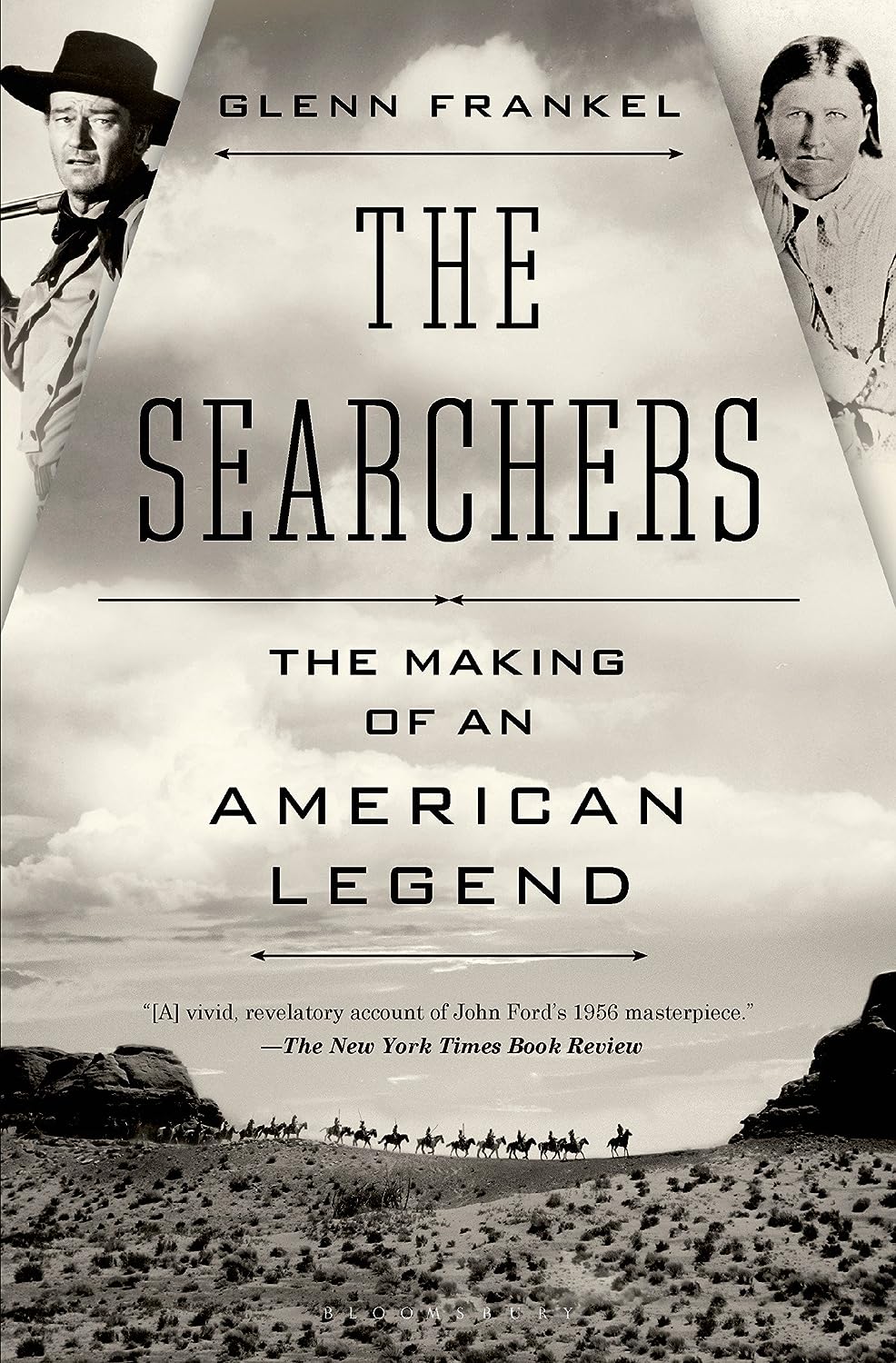 Parker County in North Central Texas is named for her Uncle Isaac. Yet had it not been for her son, Comanche warrior Quanah Parker, Cynthia Ann Parker’s name might have been lost to history, along with countless other victims of brutality on the Western frontier.

When Quanah Parker appeared as part of the posse in the 1908 silent short The Bank Robbery, it was a pivotal moment for the fledgling movie industry and the beginning of America’s love affair with the bygone Western frontier. In his recently released book “The Searchers: The Making of an American Legend,” Pulitzer Prize-winning journalist Glenn Frankel connects the saga of Quanah Parker with the making one of Hollywood’s most iconic movies.

Directed by John Ford, starring John Wayne, and released by Warner Bros. in 1956, The Searchers was based on Alan LeMay’s novel of the same title, inspired by the story of Quanah Parker’s mother, Cynthia Ann.

In 1836, nine-year-old Cynthia Ann Parker and four family members were abducted during a Comanche raid on their isolated pioneer stockade, in the newly created Republic of Texas. Five others, including Cynthia Ann’s father, uncle and grandfather were savagely killed and dismembered. Twenty-four years later, having assimilated Comanche culture and mothered three children by tribal chief Peta Nocona. Cynthia Ann was discovered by Texas Rangers, following the Battle of Pease River, and released to her uncle, Isaac Parker.

Terrified by her white “captors,” Cynthia Ann more than once attempted escape with her infant daughter Prairie Flower, before resigning herself to her fate. Despite well-meaning efforts by a succession of Parker family members who took her in, Cynthia Ann pined for her Indian family until her death in 1871.

“She was virtually a prisoner among her own loving kindred, but they did not realize it until it was too late,” said Isaac Parker.

The transition to the white man’s world was much easier for Cynthia Ann’s son, who had evaded capture until 1875. Practical, as well as savvy, Quanah Parker helped enforce reservation laws and negotiate peace with the few remaining renegade bands that remained on the High Plains. He also made friends and eventually became business partners with influential ranchers such as S.B. “Burk” Burnett, E.C. Sugg, and Dan Waggoner, and even won over Theodore Roosevelt, who invited him to participate in his 1904 inaugural parade.

Proud of his white blood, Quanah Parker tracked down his mother’s unmarked grave in 1910 and had her reburied near his home in Comanche County, Okla. According to his son-in-law, Aubrey Birdsong, at the reburial, Quanah Parker said, “I love my mother. I like white folks….When people die today, tomorrow, ten years, I want them be ready like my mother. Then we all lie together again.”

Quanah Parker died in February 1911 and was buried next to the grave of his mother and Prairie Flower. The funeral was attended by 1,200 people, evenly divided between Indians and whites. His headstone bears the inscription: “Resting Here Until Day Breaks and Shadows Fall and Darkness Disappears Is Quanah Parker Last Chief of the Comanches.”